What if people looked at infidelity as a chance to really figure out exactly who they married?

Why was I never attracted to the “nice” guys? Why was I only attracted to the brooding, pouting, “bad” boys and men who had that air of mystery like James Bond? And why were they attracted to me? Was it because I had nothing to hide? Since every relationship is so unique, only you and your partner can truly save your marriage.

We had a lot in common and our marriage started out strong, even though we only knew each other for two years. Fast forward a bunch of years, and there we were, living like complete strangers. Instead of getting to know each other better, we had drifted so far apart, that I was hardly in the picture at all.

Fast forward another few years and we are closer than ever before. I know that he is more emotionally fragile than I could have imagined, and he knows that when I joke around asking “Can I keep you forever?” that I ask this in deadly earnest. He is doing everything possible to be kind and emotionally supportive, and I’m enjoying the redirection of my formerly inflated ego.

Infidelity is horrible, and hurtful, but just like the saying, “what doesn’t kill us makes us stronger,” it could be a chance to truly get to know each other on another level.

In our case it was, and still is, a long marriage and I am still deeply in love with the slightly mysterious man I married. He had become someone very different over the years.

I had gotten used to being in a marriage where neglect and emotional abuse were an every day occurence. But with forgiveness, compassion, and Kundalini Yoga, he is getting in touch with his true self, without the mystery. It’s quite astounding — I mean, I really took a gamble!

What if the worst in someone, can bring out the best in you?

That question brings me to a variation of the first question. What if people looked at infidelity as a chance to figure out what they themselves truly are inside?

I took this opportunity to not only find out exactly whom I was married to, but to discover what I was capable of in the face of pain and the jarring dent to my ego. 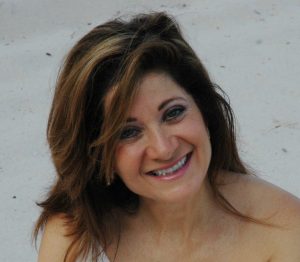 Why is infidelity so damn common?

Is it because married people don’t truly know and understand each other? Is it because we don’t share enough about each other? A lot of us are very closed up and want to keep things hidden under the rug and locked away forever. Then when trauma or loss happens — which it will because people we love either get old or get sick and die — sometimes it can cause people to fall apart or go astray.

Just maybe I can fix my marriage?

Just when many couples are faced with this important choice, maybe they can choose to love, forgive, understand, help, support, care, and hopefully let go of their ego and pride?

Just maybe they’d finally get to know each other.

Just maybe they’ll finally understand the meaning of the words “I LOVE YOU.”

Just maybe they’ll show their children — who are watching very closely — that conflicts can be resolved.

I wish we weren’t all so closed up, as people. We’re all so very human and we all do stupid things sometimes. Maybe we just need someone there to help pick us up sometimes, when we’re not strong enough ourselves.